Novak Djokovic couldn’t make a run at history because of his vaccination status. The Serbian tennis star needs one more major victory to grab his 21st major victory and grab the top spot among men’s Grand Slam champions. Djokovic was declined the opportunity to do so by the Australian government, who asked the top-seeded player to leave the country.

Much like with NFL stats, it is always disappointing to see someone denied a chance to make history. However, this controversy may provide tennis with an opportunity to look ahead to its future.

Djokovic has won nine of his 20 majors at the Australian Open. Without the talented hardcourt playing at the top of the draw, the men’s tennis tour can look at some potential future stars.

Younger players will also catch a break in the aging Roger Federer isn’t participating, while Rafael Nadal is playing but is still working on getting over a recent COVID case. 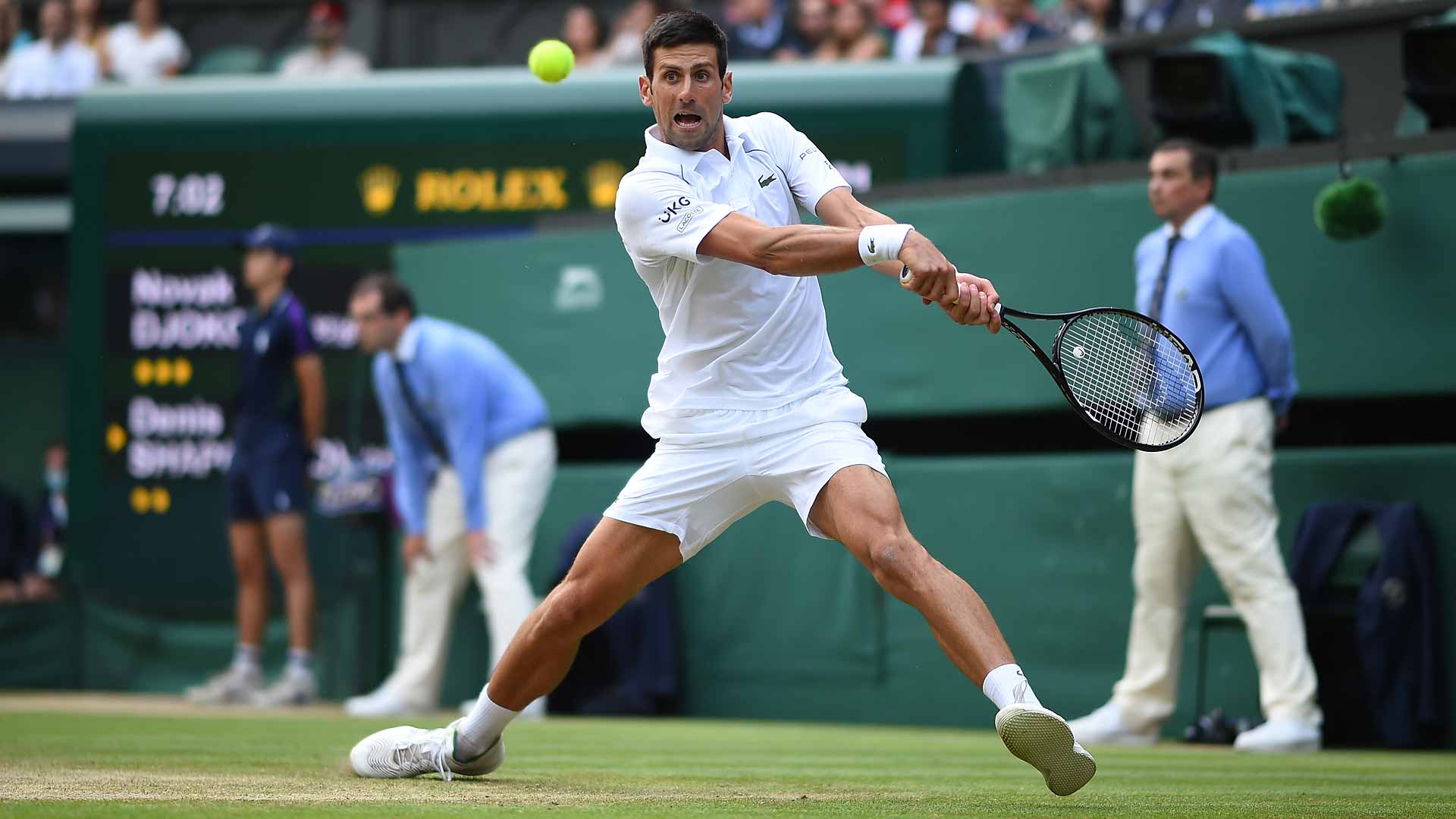 Article Summary show
Medvedev hoping to make it a “Big Four” Conversation
Can Zverev ever figure it out?
The Greek challenger
Hey, it’s me, Matteo
Rublev is an interesting darkhorse

Medvedev hoping to make it a “Big Four” Conversation

Daniil Medvedev, a 6-foot-6, 25-year-old Russian tennis player, is a short +140 favorite to win in Djokovic’s absence. Medvedev has won 13 career ATP titles and is 225-100 all-time as a singles player. Medvedev excels on hard courts and has spent the past two years building toward the top of the rankings.

In 2020, Medvedev lost a five-set thriller to Nadal in the U.S. Open final, his first appearance in a Grand Slam. He was solid on all surfaces in 2021, earning career-best finishes in all four majors.

Medvedev prevented Djokovic from setting the career majors record by beating him in straight sets in the U.S. Open. He also reached the fourth round of Wimbledon and the quarterfinals of the French Open, which were both career bests.

Can Zverev ever figure it out?

Alexander Zverev appeared headed toward winning his first-ever major when he went up two sets to none on Dominic Thiem in 2020. Zverev, a 24-year-old German player, has never been able to finish big matches.

Thiem would rally to stun Zverev and win in a fifth-set tiebreak.

Zverev, however, is an active player with a 312-141 career record and has won 19 ATP titles. He’s reached the semifinals at the Australian and French Open and still has a lot of time to make a run at the top. Zverev is at +200 to win the 2022 title.

Stefanos Tsitsipas, a 23-year-old Greek player, was also denied in his bid to win his first major championship in 2021 by Djokovic. Tsitsipas had a two-set to none lead over Djokovic but watched the experienced champion bully him during the final three sets.

Tsitsipas has won seven ATP titles during his career and has compiled a 189-96 record in singles matches. Tsitsipas showed his pedigree as a junior player, earning a world No. 1 ranking as an amateur. As a pro, he’s still searching for a breakthrough.

Seeded seventh in the Australian Open this year, Italian star Matteo Berrettini had a breakthrough year in 2021. The 6-foot-5, 25-year-old became the first from his country to reach the final at Wimbledon. While he ultimately lost to Djokovic in four sets, he showed his grit.

Rublev is an interesting darkhorse

Andrey Rublev, a 24-year-old Russian, broke into the top 10 for the first time in October 2020. Rublev, who has eight ATP Tournaments wins, has compiled a record of 185-112 during his career.

Rublev is currently the fifth-ranked player in the world and is +4000 to win the 2022 Australian Open.

Rublev has yet to see a big breakthrough at a major. In 2021, he had a career-best finish at the Australian Open reaching the semifinals. Rublev has made the quarterfinals at the U.S. Open twice made the fourth round at Wimbledon, a career-best, in 2021.